We think it’s safe to say that skydivers are not an ordinary group of people. The skydiving community is an inclusive group of people made up of men and women with backgrounds from being lawyers to moms to artists to mechanics and everything in between. Once trained and licensed, the sky becomes a limitless playground! 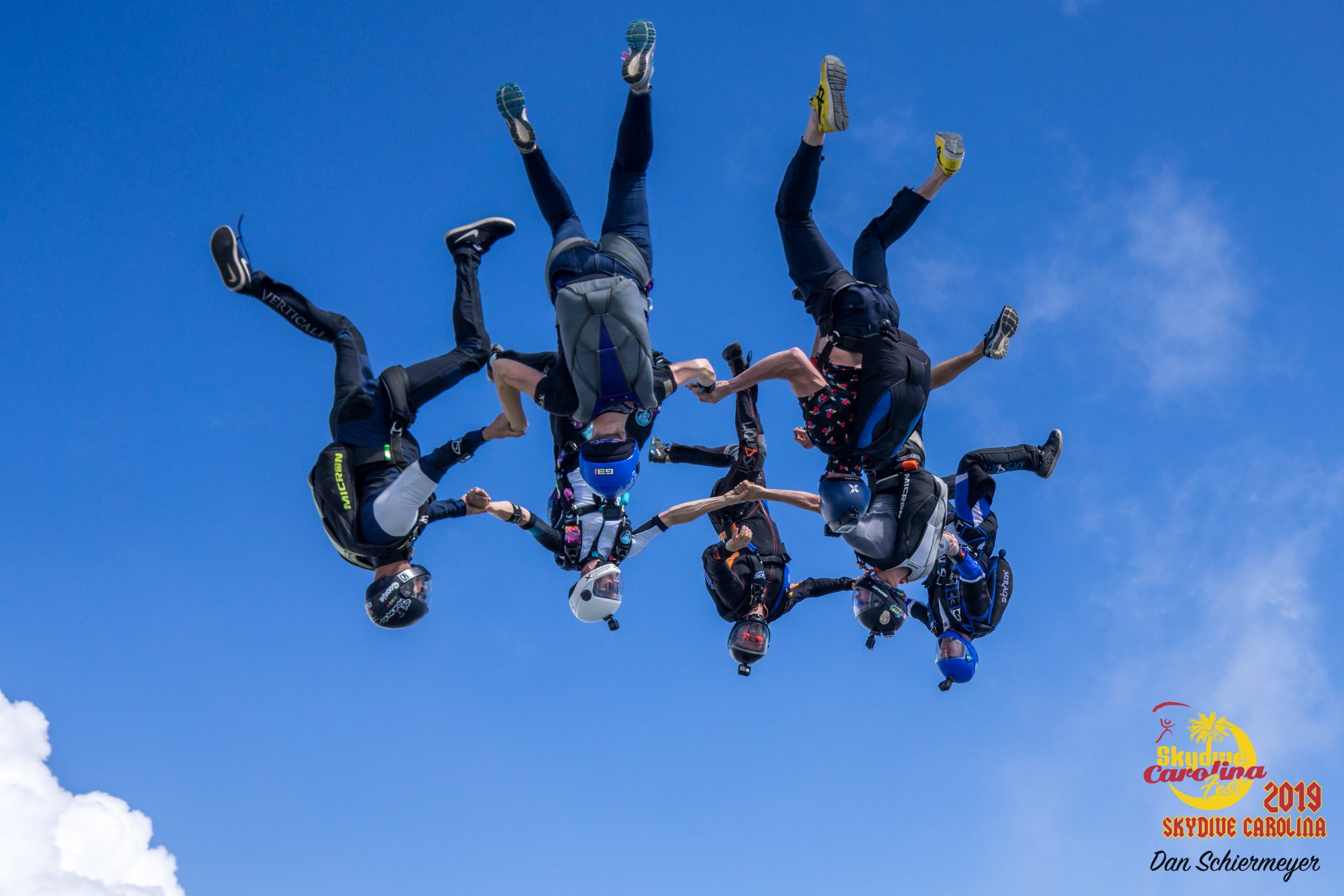 Some skydivers like to pursue traditional progressions such as earning licenses, becoming an instructor or getting on a team, while others pursue their dreams of doing the impossible and push the limits of human capabilities and stereotypes. No matter the type of skydiver, one thing is for sure: safety is FIRST!

Skydivers definitely like to have fun jumping out of planes, but in order to continue to do it again and again, it’s all about being safety conscious. Skydivers are meticulous maintaining and checking their gear, they create a plan for the jump called a “dirt dive,” they rehearse and visualize their jumps, and practice emergency procedures routinely.

We take great joy and pride in our fellow skydivers willing to push the limits, and want to share our top 5 skydiving stunts:

Imagine traveling to one of the most magical places on earth, Nepal. You are greeted with the dramatic backdrop of the snow-capped Himalayas and a crew ready to take you up for one of the highest jumps on planet earth!

Because of the elevation, special equipment, and supplemental oxygen is needed to complete the jump. One of the most monumental things about this experience is that you can experience this as a novice and do a tandem jump harnessed to an experienced instructor. Most say that this is a life-changing adventure. This is Everest Skydiving!

Troy Hartman is an OG of skydiving. Troy is a pilot, BASE jumper, skydiver and aerial stuntman. He has a list of impressive stunts, many of which have not been replicated. Some impressive ones he’s done was surf behind a helicopter, BASE jumped off a moving semi truck over a bridge, and flying with a jet pack. However, he says one of his favorite stunts, was hooking up an old parachute and setting it on fire!

Most people are familiar with traditional belly-to-earth kind of skydiving. Many would also be surprised that skydiving is very similar to a track and field event. How you ask? Skydiving has many different types of disciplines like track and field. A track and field can consist of short and long distance running races, high jump, triple jump, long jump, etc.

Flying head-to-earth speeds go up to around 165 mph, which makes the need to fly more precise incredible important. It is more difficult to learn than the traditional belly flying, that’s why the latest vertical world record sits as one of our top stunts as it is an incredibly impressive feat!

Skysurfing is just that, skydiving with a board attached to your feet as you would snowboarding or wakeboarding. This discipline is also challenging as it requires you to know how to fly vertically and horizontally with a board that deflects wind. Skysurfing is aesthetically amazing to watch and the discipline made a short stint in the X-Games in the mid-1990s. However, not many skydivers pursue this discipline as it is a solo discipline, is incredibly challenging and yes, dangerous.

There are probably only two active skysurfers in this day of skydiving, and one of them is Red Bull athlete, Sean Maccormac. Not only did he skysurf for this stunt, but he also did it on the front of a lightning storm!

Luke Aikins became a household name on July 30th, 2016 as he leaped from a plane without a parachute as the world held its breath. However, Luke Aikins was already a household name in skydiving as he is a 3rd generation skydiver, avid pilot, dad, and Red Bull athlete. Not only that, but Luke is a down-to-earth person and all around badass.

Luke trained for this stunt for two years prior to the actual stunt. He led his skydiving friends through the journey on his personal Facebook page, showcasing the technology and training behind the scenes that went into the event. One aspect was using a lighted system as used in aviation called a Visual Glide Slope Indicator. Pilots use this to make sure they’re lined up just right to land. Luke used this tech to line himself directly over the net.

Because of this incredible feat, this list wouldn’t be complete without the top stunt of skydiving – skydiving without a parachute!

You can’t start skydiving by doing stunts, but you have to start somewhere! Come and make your first skydive with Skydive Carolina!
Book Your Tandem Skydive