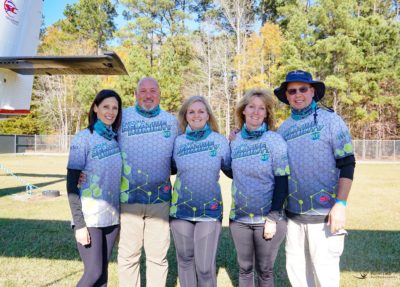 *Favorite jump: Awesome 6-way launch from a Casa that resulted as a printed image on her customized Van’s

Wendy works for UNC Greensboro. When she is not working or skydiving, you will most likely find her eating or cleaning house.

*Favorite jump: Successful 6- way round from a helicopter with his teammates and skydiving mentors

Gene runs a tire recycling facility during the day. In the evenings, you will find him crossing off chores from his Honey Do list.

Jenn works at Nestle as a Microbiologist. She enjoys traveling, gardening and fishing in her free time.

She holds a Coaches rating

*Favorite jump: any jump with friends

Tim enjoys the outdoors whether it would be hiking, gardening, fishing or shooting targets.

He holds a Coaches rating

While away from the sport, Laurie enjoys spending time with her pups, and participating in yoga and kickboxing