Amicably witty, Craig Stevens is a frequent-flyer and familiar face here at Skydive Carolina. Usually outfitted in shorts, sometimes in direct defiance of the season, and his trusty GSD cowboy hat*, he’s usually settled in a canvas camping chair toward the back left of the hangar. Settled, that is, when he isn’t busy breaking records—but we’ll get to that a bit later.

(*If you’re curious what GSD stands for, you should definitely ask him!)

What do you say? Let’s get to know this local legend: Craig Stevens. 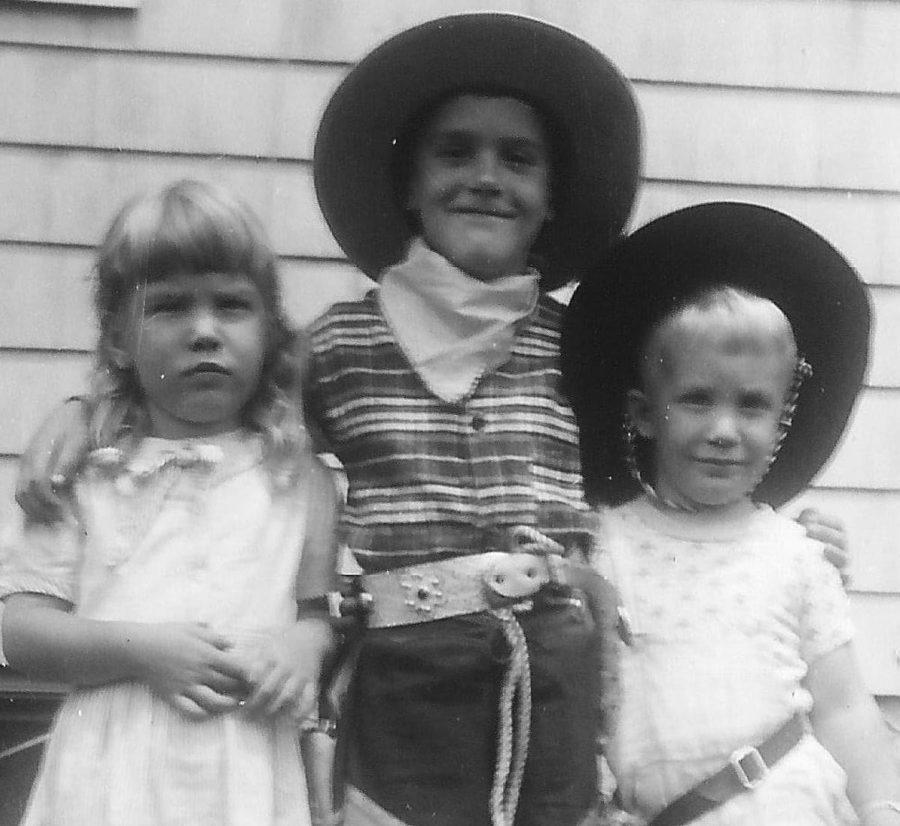 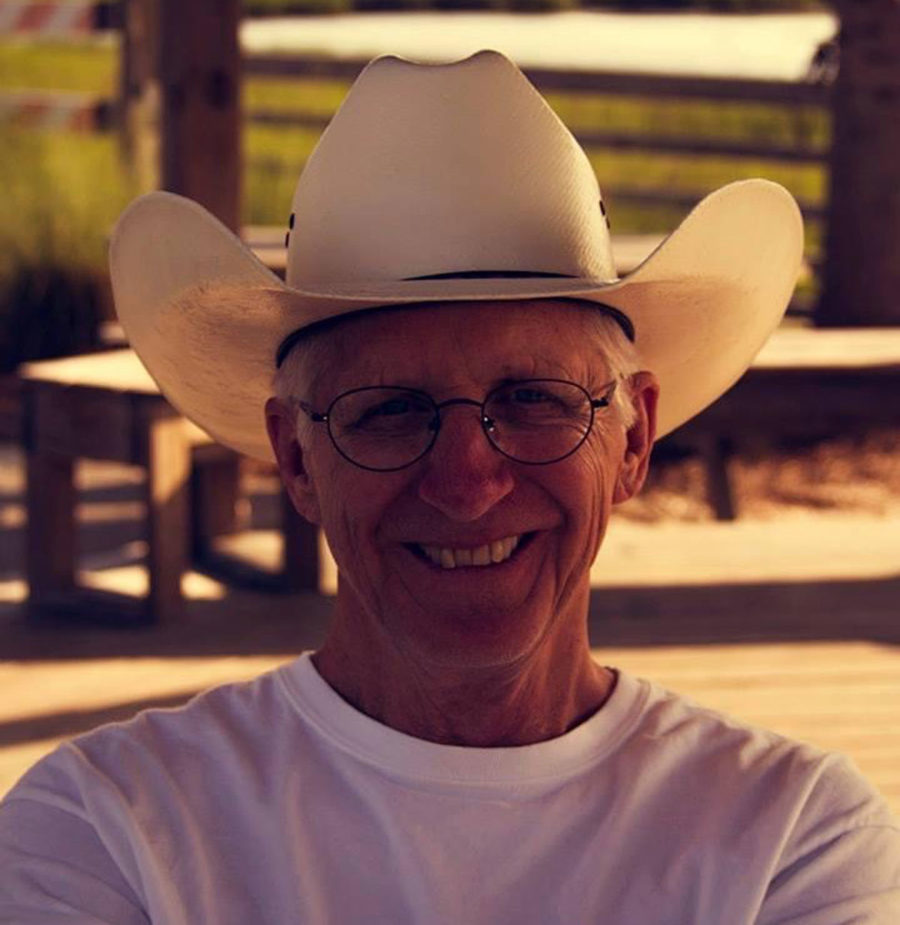 One Friday night in June 1973, Craig and his brother-in-law were enjoying a few beers at a bar. The time lazily passed one drink at a time, until around midnight when Craig’s brother-in-law mentioned that he knew where they could learn to skydive for just $75. Craig readily replied, “Sure, let’s go!” Unlike many who grow bold with liquid courage and decide to skydive–only to recant their words in the morning light–Craig and his brother-in-law didn’t back down. The very next day they made their first jump just across state lines in Stormville, NY. In Craig’s words, “It just goes to show there is no such thing as a bad idea in a bar at midnight!”

Craig’s first jump, like many at the time, was a static line skydive conducted from around 3,000ft using surplus military gear.

With a laugh, Craig shared:

“I was sitting next to the door, and when it opened, I thought I was going to get sucked out. Looking down, well, I just knew I was gonna die, so let’s just get it over with! I got out on the step, and when I went, I was supposed to do a dummy rip cord pull–well I could not tell you where any one of my limbs were or what they were doing … but then I felt the tug of the parachute … oh my goodness, above all odds, I was gonna live!” 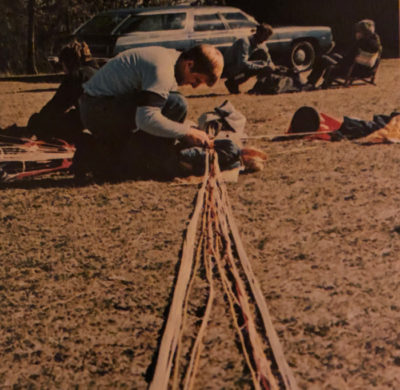 Following the progression methodology of the time, after four static line jumps, Craig was cleared for a five-second delay, then onto 10 seconds, and eventually a 20-second delay. The full 60-second freefall jumpers are used to today wouldn’t become common until a bit later.

Fun fact: When Craig took a look back at his logbook from this time period, for his 2nd through 4th static line jumps, the instructor who served as his jumpmaster and signed his logbook was only an A licensed skydiver!

Coming To The Carolinas

In 1975, Craig received a promotion which required him to relocate to Rock Hill, South Carolina. This move would result in Craig pursuing skydiving at the initial iteration of Skydive Carolina located in Midland, NC. As he’dd only accrued 20 jumps before leaving Connecticut, Craig would primarily develop his skills and gain experience at Skydive Carolina. In a way, Craig really is a “home-grown” Skydive Carolina jumper!

Later in his skydiving career, Craig would be asked to join the Carolina Flock – a big-way skydiving team, ranging in size from about 30 to 50 members – put together by Flock Commander Sean Adams. This team featured other Skydive Carolina locals, all legends in their own right, like Bruce Travis and Bill Baker. As a big-way team, the Carolina Flock was focused on actualizing the big-way formations imagined by Hall of Fame skydiver and organizer, Roger Ponce de Leon.

As Craig explained, “Roger would come down for a weekend, and we’d jump on a Friday, Saturday, Sunday. With however many people we had there, we would build Roger’s very innovative formations. Carolina Flock lasted around 6 years until sometime in the early 2000s. Though I wasn’t in the first year, I was invited to join them in the second year, and I absolutely, thoroughly enjoyed it.”

Always a straight shooter, Craig went on to share with a chuckle, “In part, I enjoyed big-ways because I really sucked at 4-way. Big-ways were easier for me because there were fewer points to remember. And by the way, I still pretty much suck at 4-way!”

In the early 2000s, organized efforts to break big-way world records with members of the Parachutists Over Phorty (POPs) organization began to take shape. For three to four years, Craig was part of a series that sought to break the existing 100-way world record with a 110-way. Finally in 2005, during an 18-jump series organized by skydiving and big-way legend Dan BC, the record was finally broken … but it wasn’t without a struggle. Craig recounted:

“I was rear, rear floater on the left trail plane, and the rear floater in front of me was the plane captain, Tony Domenico, one of the great big-way guys in the country. Tony and I would come off the plane, turn to the right, and fly to the formation. So, for 16 jumps, I would just follow him over and dock behind him. After jump 16, Tony had to leave, and he was replaced by someone who wasn’t quite as fast in coming off the plane and getting into flying position.

“So, on jump 17 we came off the plane, I waited a second or so, pulled in behind Tony’s replacement, and then began flying to the formation a bit later than before. Within a couple of seconds, I collided with someone, lost a little altitude but recovered and proceeded to fly to the formation. A few seconds later, I collided again, but this collision took me out. I went low and was unable to get back up. In either collision, I never saw them coming or going. It was most likely my fault since I was a bit later in flying to the formation. And, for the record, being below the formation on a 100-way is one of the lousiest feelings you could ever have in your entire life, especially with only one jump left in the event!”

After this jump, the plane captains met to replay the dive and figure out if lineup changes needed to be made. Craig continued:

“Twenty minutes later, Dan BC came out and gave me the thumbs up … I was on the last jump, to my great relief I hadn’t been cut! That’s the jump on which we got the new record of 110. Afterwards, I’m having a beer outside of the Bombshelter Restaurant, and who comes to sit down next to me but Dan BC. He says, ‘you know as the organizer of this series, I have the responsibility to make whatever decision is the best decision to accomplish the goal of the event.’ And I thought he was gonna tell me about how lucky I was that he kept me on the dive, heck, I was all set to agree with him since I did feel quite lucky that I was kept on the skydive. Instead, he says, I kept you on the dive because ‘I knew having you on the dive gave us the best chance of making the new record.’ That was the greatest compliment I had ever received in skydiving at the time, especially since it had come from Dan BC. Wow! It made achieving the record all the sweeter!”

In addition to these POPs records, Craig has also been a part of multiple Texas state records (big-ways ranging from 125 to 150 people), as well as Florida POPs state records.

Though, before you start thinking his record setting days are over, late last year – November 19, 2021 to be exact – Craig, accompanied by Paul Meegan and Micky Turner, flew a 37 point 3-way skydive filmed by Jorge Alonso that set new POPS, SOS (Skydivers Over Sixty) and JOS (Jumpers Over Seventy) world records! You read that right, three new world records in one skydive! This new world record achievement isn’t the end: Craig and Bruce Travis are already engineering a plan for a 4-way record to be set this year.

What lesson does this local legend want to impart on up-and-coming jumping generations? It’s simple: be the “forever-student.”

“Learn everything you can for the entirety of your skydiving career, and practice everything you learn. Being a forever-student guards against developing attitudes that can be harmful in skydiving. No one is ever bigger than any skydive, and gravity never sleeps.

Don’t think that just because the last 100 or 1,000 jumps went smoothly, that the next jump is going to go smoothly. In fact, expect a mess and be ready for it. When you are prepared, when you have done your homework, all will come out just fine.”

After all Craig has achieved, we’d be wise to listen to his advice.

If you get the chance, sit down and have a chat with our very own local legend, Craig Stevens!