Present and future flockers rejoice! Skydive Carolina is proud to be the new home of the American Wingsuit Academy. The wingsuit skydiving school is being run by some of the most experienced and best wingsuit instructors in the United States.

The school is being run by Travis Mickle, Chase Wheeler, and Anthony Zerbonia.

Training camps will be designed around:

The academy has partnered with Wicked Wingsuits allowing quick and easy access to every suit model under the Tony Suits wingsuit line.

You must have logged 200 skydives, wingsuit friendly canopy, AAD, & Altimeter. 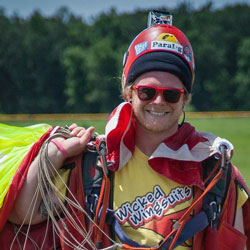 Travis has been skydiving since 2009 and has accumulated over 2700 skydives with 1700 plus wingsuit jumps. He has been a leading wingsuit coach for Tony Suits for three years and has taught hundreds of students. Travis is also affiliated with Wicked Wingsuits and can help with all your wingsuit rental needs. With Team Wicked Wingsuits, Travis took home a gold metal in Acrobatic and Performance at the 2015 USPA National Championship of Wingsuit Flying. He also has the fastest PPC Speed Challenge at 349.5 km/h. 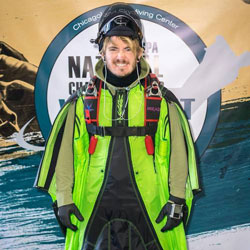 to wingsuiting. Chase specializes in acrobatics and group flocking but has also began competing in performance flying. Chase holds a USPA coach rating as well as a wingsuit coach rating with Tony Suits. In 2015 Chase Wheeler, Travis Mickle, and Simon Repton formed Wicked Wingsuits competition acrobatic team and pulled off a 1st place gold medal at the first National USPA wingsuit competition. If you want to buy this coach a beer his favorite drink is any wheat beer. 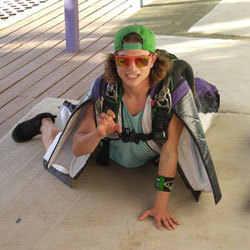 Anthony Zerbonia is as passionate about skydiving as anyone you’ll meet. Presently, Anthony has just over 900 jumps and recently finished 10th place in his first performance competition and quickly jumped to 4th place in the first wingsuit performance nationals against some of the world’s best wingsuit pilots at Chicagoland Skydiving Center. He also won first place at the 2015 Wingolympics at SummerFest and first place at the 3rd US Wingsuit Acrobatic Event at Chicagoland Skydiving Center. He is a USPA Coach and USPA Tandem Instrustor with a Strong Tandem Rating to make some spare change.