Steve Vaughn Works As Hard As He Smiles

Not many 15-year-olds’ lives change when they’re hanging out at the mall–and certainly not for the better. Steve Vaughn, however, is a notable exception to that rule. One day, the young Shelby resident happened across a demo jump at the local mall, and it was destiny from there on out. Now, he’s a pro: not only a flying showman, but a career skydiving instructor, and a 20-year veteran aircraft pilot. 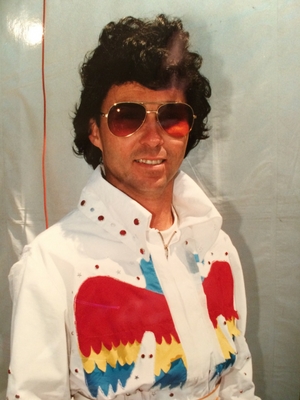 “I just could not believe it,” he laughs. “I said that one day I was going to do that. It took a few years, but I sure did. I jump into malls, football games, baseball games…all over.”

Now, Steve and his wife, Judy Girard, travel the world as a team. The pair performs exhibition jumps and checks out new cultures, armed with a backpack and a train pass. They also work hard at Skydive Carolina, training the next generation of skydivers (and skydiving instructors, too).

There’s another notable, hometown-boy-makes-good uniqueness to Steve Vaughn’s skydiving career: He’s been at Skydive Carolina since day number one.

At the time, Steve was jumping at a dirt runway club deep in the countryside outside Charlotte. That club closed down, and another jumper, Danny Smith, searched for an airport to start it back up again. He found one, about 45 miles south of Charlotte: the Chester county airport. In 1986, Smith finalized the paperwork and officially started Skydive Carolina.

“I still remember driving up for the first time,” Vaughn remembers. “Under a shade tree, there was a folding table and a car with its trunk open with some gear inside. That was Skydive Carolina. Someone just sat there at the table, took your money, pointed you at a Cessna 182 and up you went.” 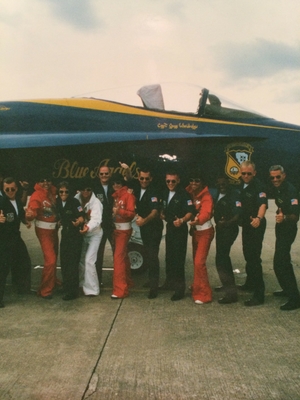 After a long march of years, love blossomed, too. He fell in love with his wife, Judy, the aforementioned fellow instructor with whom he jumps, teaches and performs today. A force of nature in her own right, Judy has 10,000 jumps to her name, as well as 15 years of demo jump experience. As well as the overseas adventures, the two jump all over America. They’ve jumped into the Daytona International Speedway, into the 2005 World Series halftime show in Chicago and into the Chicago Bears stadium–the latter on Halloween night, dressed as Elvis.

There were a lot of Elvis jumps, in fact. Steve, Judy and the team dressed as “The Flying Elvises” for years, inspired by the 1992 Nicolas Cage comedy “Honeymoon in Vegas.” More than five hundred jumps later, the Elvises have since retired–but not before leaving an indelible mark on demo skydiving. 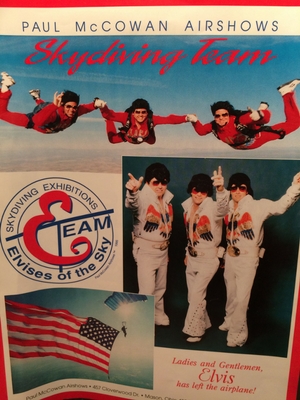 With a lot of hard work, Steve, Judy and the team have kept that mark a positive one. Steve estimates that he’s made about a thousand exhibition jumps over the course of his career–and, while these jumps are notoriously high-stakes and high-pressure, there has never been so much as a close call.

“We take it very seriously,” Vaughn explains. “We just make sure everything is as safe as it can be. When you’re jumping at night into downtown Chicago with 1,200-foot buildings wrapped around you, you’re counting on your judgment and your experience, of course, but you have to do your homework for sure too. It definitely is stressful, but when it is all over and you have done your job successfully, I can’t even tell you about the adrenaline rush.”

As it turns out, regular exposure to that uniquely intense skydiving environment is of great benefit to Steve and Judy in their lives as instructors. Steve estimates that he has jumped more than 7,000 times with AFF skydiving students during his 25-year teaching career; Judy, somewhere in the vicinity of 5,000 over the course of 15 years.

“It means that we really understand our students’ stress. We really, really do,” he insists. “It is a different stress, of course, but when we are looking down into Chicago at night, it’s our first jump again too, in a way. We try to relate that we understand that they are stressed out, and we try to help them relieve that stress the best we can.” 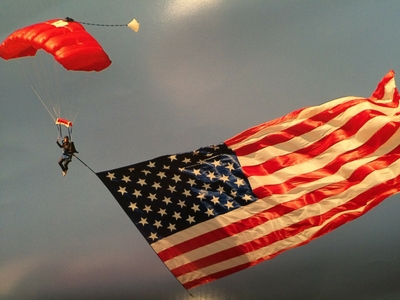 “I try to teach my other instructors–the instructors coming up, that I’m training–to understand the student as an individual. You cannot train two students the exact same way. An instructor has to change with each student. That phenomenon has taught me more in 38 years than anything or anyone else in the sport. Really, the students have taught me how to be an instructor.”

“We just want to leave the sport better than we found it,” he continues. “We want to leave it with people who have the right attitude about the sport, whether they are a fun jumper or an instructor. We try to help people become skydivers who take care of each other and of themselves.”

“Skydiving is all my wife and I do. We have no other job.” He grins. “This is a seven-day-a-week weekend.”