With a wide smile and a snug embrace, Lee Cole is the one-man welcoming committee at Skydive Carolina. An ambassador of southern hospitality, he makes all who tread through the doors feel like they’ve arrived home even if they’d never set foot in the place before. Mind you, this is all while keeping an eye trained on the sky, driving the bright orange Kubota out across the nearly 1,000 acre landing area to pick up skydivers who strayed a little too far—sparing them a walk and offering encouragement on the return trip—fueling the aircraft, radioing student skydivers safely to the ground, and generally making himself available to help wherever needed.

If it sounds like a tiring job, that’s because it is. In truth, passion is the only fuel potent enough to sustain a man like Lee Cole and, when it comes to skydiving, it seems to be drawn from a never-ending well. 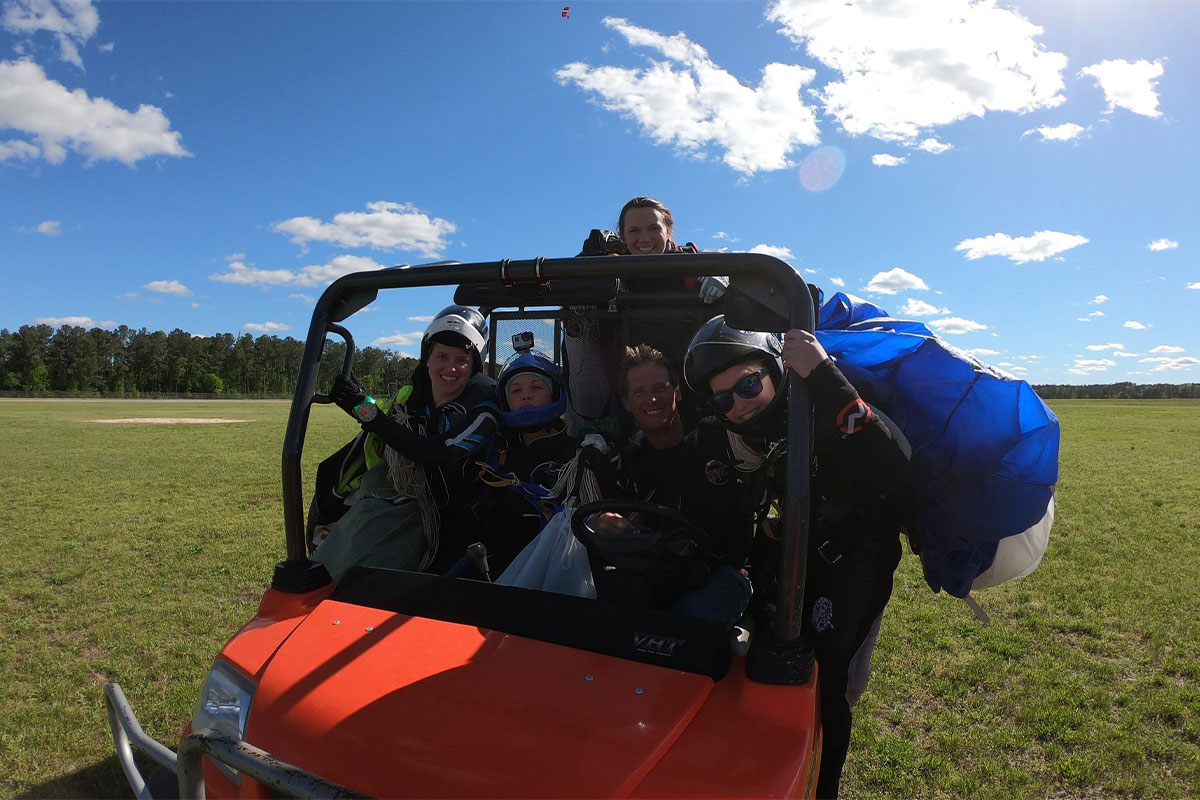 To say the dropzone is a special place for Lee would be an egregious understatement: dropzones have been pivotal to Lee’s life.

At the tender age of two, Lee nearly lost his life. As many toddlers do as sensory-motor development blooms, little Lee took something he found and put it in his mouth. But, rather than some innocuous object, the item between the toddler’s teeth was an electric cord. The coursing electricity momentarily stopped his heart and seared a pattern up the right side of his cheek. Later, at the hospital, the doctor told his mother Lee shouldn’t have lived—but as he shares:

As he aged and grew, Lee had to undergo multiple cosmetic surgeries to repair the damage that had been done. Children his age were cruel to him, often jeering at his scars. Ostracized by his peers, Lee sought a place where he could belong—this place was the dropzone.

In 1966, at the age of 6, he began making the one-mile trip on his bicycle to the Spartanburg Downtown Airport. Soon, for Lee, the dropzone became a place of community and safety. He explains:

“All that time, I just lived at the dropzone. That was my refuge. They never judged me or said anything about it. They always loved and supported me. I felt safe there.” 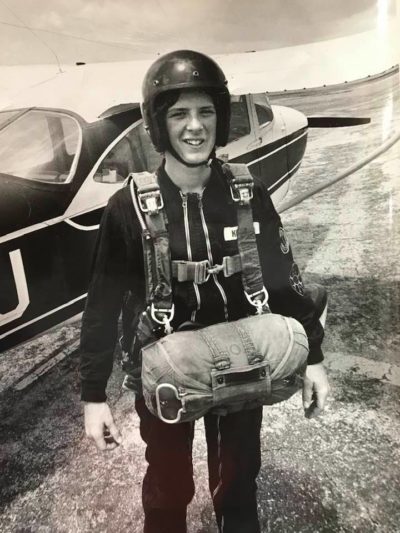 From sun up until sundown, he would pad around the Spartan Skydivers skydiving center. By age nine, he was packing parachutes and attending first jump courses, and by just 12 years old he was over the equipment room. Finally, at 16, Lee Cole tasted flight. 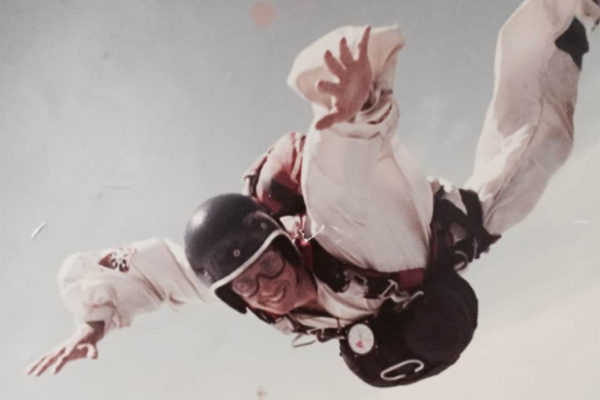 Kym and Lee: A Dynamic Duo

At 18, Lee Cole met the love of his life. As a friend of her brother’s, Lee would often see Kym in passing. One day while sitting in the back of the car together he says,

“I looked at her in the eyes, and I knew right then in my heart, that’s who I wanted to spend the rest of my life with.” 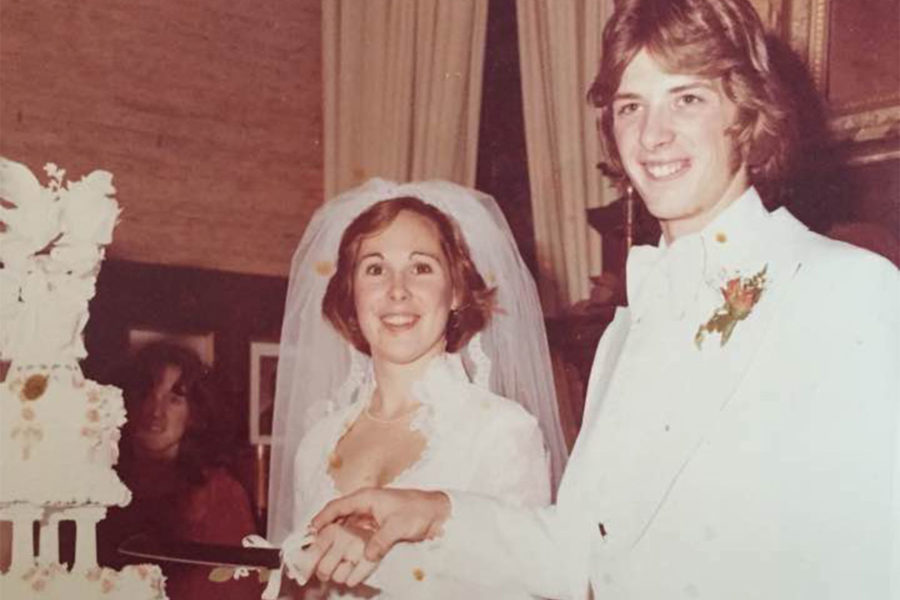 Lee continued to skydive for a time, but soon, the two decided to focus on their family. After taking a break from skydiving to help raise their children, it was high time he returned to the sky. 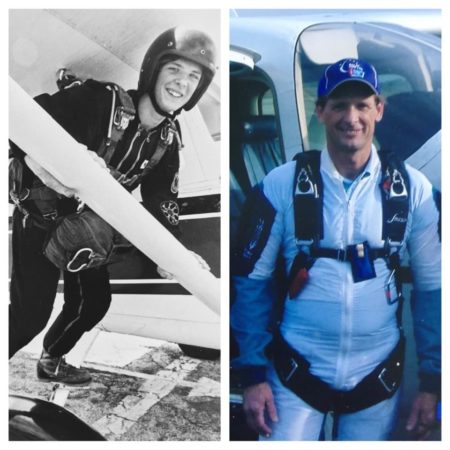 Lee shares that he “started showing up…trying to meet people and just volunteering, helping out here and there. All of that kind of led to a little bit of pay here and there” Eventually, Lee’s role would evolve into a full-time position. And the best part? His wife Kym would be working alongside him!

For Lee, aside from working with his soulmate, his favorite part of working at Skydive Carolina is the people and the growth that he witnesses first-hand. He explains: “I get a huge reward out of watching students go from being so green to then becoming [experienced] skydivers.”

When The Sky Is The Limit 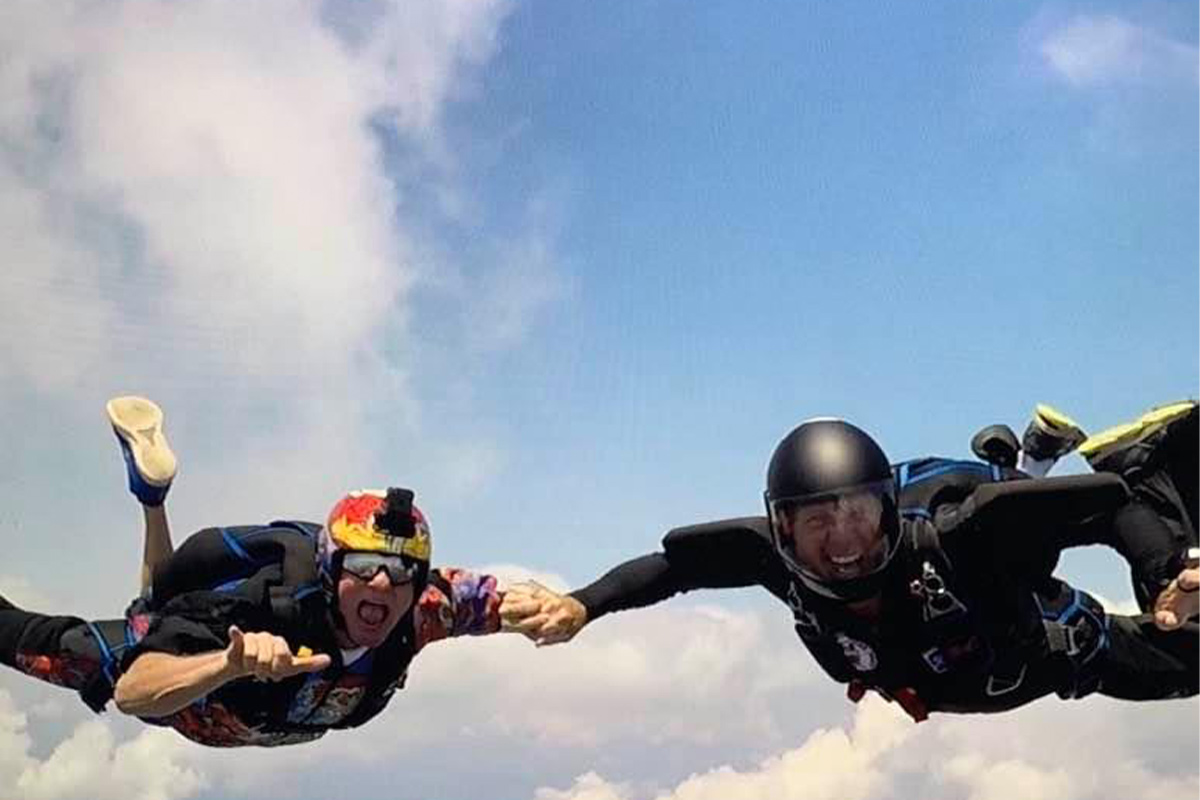 Likely accruing well over a thousand skydives, Lee only has 824 officially logged. In what he calls “the biggest regret of my whole skydiving career,” he went six years without logging his jumps. Regardless of the number, Lee has had a rich skydiving career and continues to jump today. 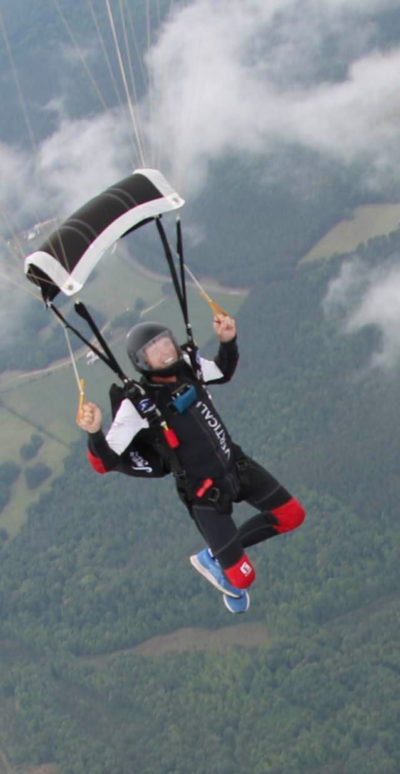 Of Lee’s many jumps, one of his most memorable skydives was jumping with the famed Roger Nelson on a big way in 1985. He shares: “In fact, Danny Smith was on that load.” With a laugh, he elaborates: “I didn’t really even know who Danny was other than this stern-looking man. I was scared of him!” Another, albeit more somber, skydive that is especially memorable for Lee is a memorial balloon jump he did to honor Kym’s late father.

With a plethora of experiences during his extensive time in skydiving, Lee imparts a valuable piece of advice to new jumpers:

“Stay humble in this learning process, and don’t be afraid to ask questions. There’s never a bad question or a stupid question in the sport. Just always strive to continue to learn. You’re always learning no matter how long you’re in the sport.”

Sage advice, to be sure.

Around the dropzone on any given Saturday? Be sure to say hello to Lee. You’ll know who he is. He’ll be the one treating you like family!

Related Article: About Skydive Carolina, a Premier Dropzone in SC