It’s not uncommon to see a son follow in his father’s footsteps professionally, but what if your father is a professional skydiver?

Such is the case with the Hammond family, father Chuck and son Daniel. Chuck has been a full time, professional skydiver at Skydive Carolina since 2009 but made his first skydive in 1996 when son Daniel, was just six years old. To date, Chuck has around 6,630 jumps (and climbing every week) with no sign of slowing anytime soon.

Daniel is following in his father’s footsteps having been exposed to skydiving life at an early age and spending hundreds of hours at the drop zone long before he was old enough to make a jump. Through his teen years, Daniel worked as a parachute packer to earn money until he was old enough to jump and of course his first tandem jump was with his father. That day, Daniel wrote in his father’s log book, “One day I want to do what you do.”

Eight years later that has become a reality as Daniel earned his tandem instructor rating in mid-June.

To become a licensed tandem instructor, candidates must have at least 500 jumps to apply for the course and also be in good physical shape by passing a medical requirement mandated by the FAA. Through the last eight years, Daniel amassed enough jumps to take the tandem instructor training course and he passed with flying colors. All who jump with Daniel can see that skydiving is in his DNA as he’s a complete natural. To date, Daniel has about 600 jumps and this number is now steadily increasing as he has been added to the instructor rotation at Skydive Carolina.

Says Daniel of his becoming a skydiving instructor, “My inspiration this whole time has been my father and his love for showing first jump students how amazing this life can be from 13000 ft. I sincerely thank him and my Skydive Carolina family for all that I have achieved and the future ahead.”

Without question, Daniel will have a great mentor to help him with his professional walk in skydiving. Chuck is one of Skydive Carolina’s most experienced instructors and has considerable time spent doing demonstration jumps into major events like air shows, sporting events and city festivals including the Come See Me Festival in Rock Hill.

Skydive Carolina owner, Danny Smith had this to say about the two working together, “I couldn’t be more proud to have both Chuck and Dan as instructors and coworkers. This is truly a rare occurrence in the skydiving world and we’re thrilled that it could happen here at Skydive Carolina. Chuck has been an asset to both Skydive Carolina and our guests and I know Dan will follow in his footsteps by sharing his love for the sport with all of his tandem passengers in the future.” 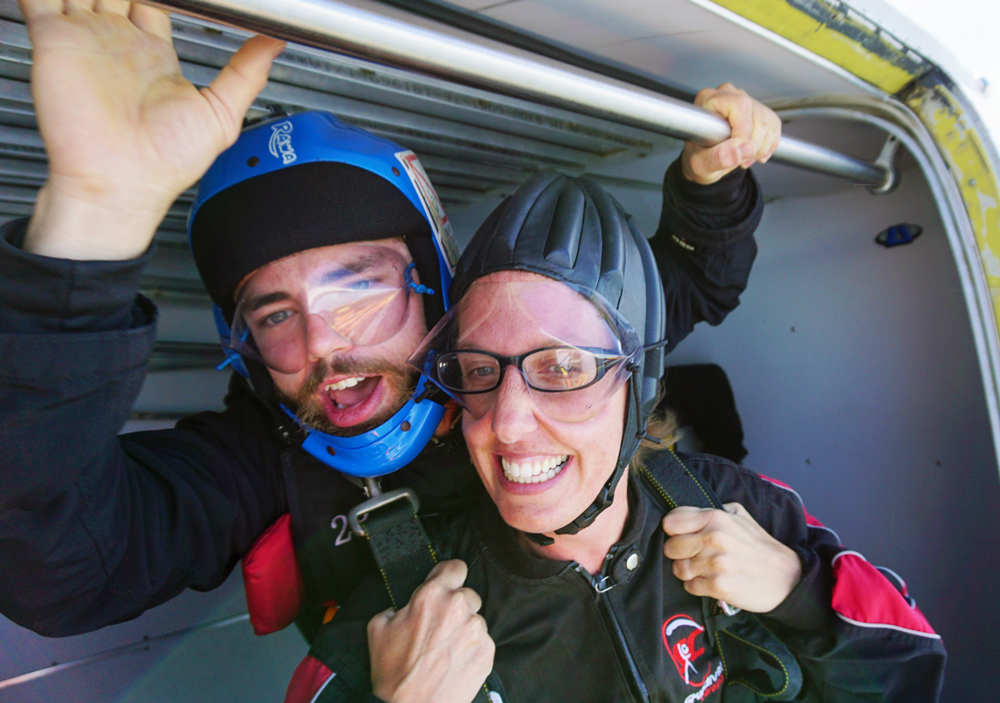 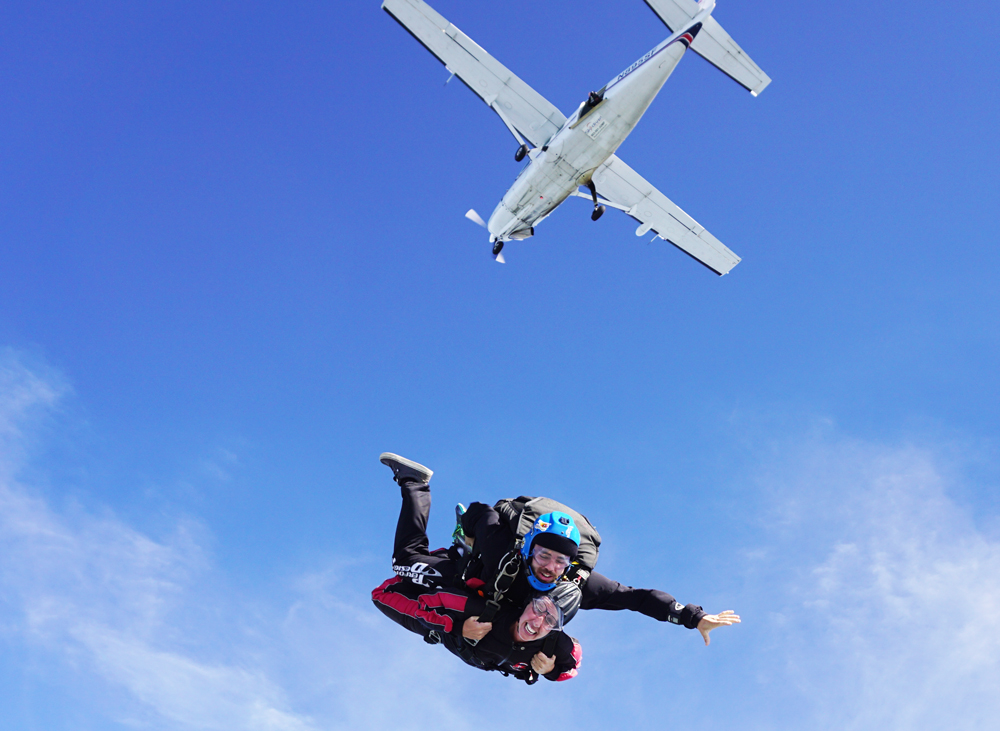