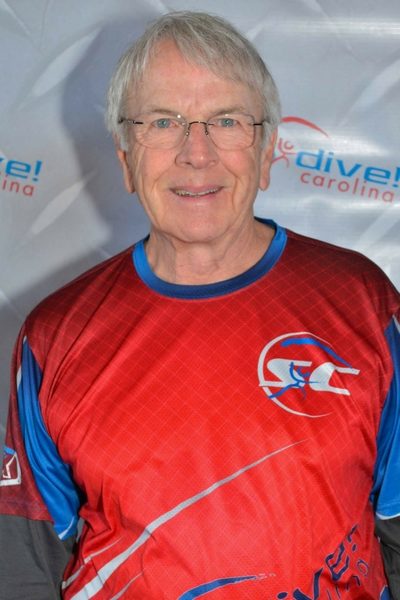 I was born and raised in Charlotte NC. I literally grew up in aviation as my father and grandfather were both pilots and mechanics. I was still in diapers my first airplane ride and from then on my life as an airport bum began. When Vietnam started building up, I was drafted into the Army at age 19. I qualified for Officer Candidate School or Flight School and naturally chose the latter. A year later, I was in Vietnam flying Huey helicopter gun ships. Then, it was back to the States for a year tour as a Cobra gunship Instructor, fixed wing transition, and back to Vietnam. This time I was flying fixed wing doing classified missions in Vietnam and Cambodia. My next assignment was Macdill Air Force Base in Tampa FL where I began skydiving after flying a Huey for the base spot parachute club. I had several stateside assignments where I continued jumping and flying jumpers. After a tour in Turkey, again doing classified work, I was assigned to the USAPT Golden Knights with primarily responsibility for the flight department. I retired from the Golden Knights after 20 years Army service and began a second career as an airline pilot, first with Orion Air and then Northwest Airlines. I took an early retirement from Northwest and moved to Singapore to begin my third career as a international corporate pilot flying the Asia Pacific region. Five years later, I returned to Charlotte to begin my fourth career flying news helicopters. I retired, for the final time, eight years later, as the Chief Pilot of a fleet of 50 news helicopters based across the US.
Flying for Skydive Carolina is a pleasure. After being with the sport for almost 50 years as a both a pilot and jumper, I can say I have never been associated with a finer group of professionals who love the sport and are eager to share both their knowledge and enthusiasm. A first class operation!