Jumping And The Fear Of Heights

It’s no surprise. Both sports start with a pretty massive leap, whether it’s off the platform or out of the door of the airplane. It’s a huge step – quite literally! – and it can be difficult to get over!

If you’re scared of heights, you’re not alone. Many of the people who jump with us for the first time have a fear of heights – often, that’s why they’re doing it! So don’t worry, it’s perfectly normal and we’ll do everything we can to help you feel comfortable and enjoy every moment. During a tandem skydive, you are attached to a highly trained instructor who will help you make that first leap out of the plane, whereas with a bungee jump, you have to make the jump alone.

Though we can’t speak for bungee jumpers (though some of us have given it a go!), we can categorically say that most people who experience freefall absolutely love it! The feeling of falling through the air, the freedom of having no constraints, no barriers – is totally empowering! 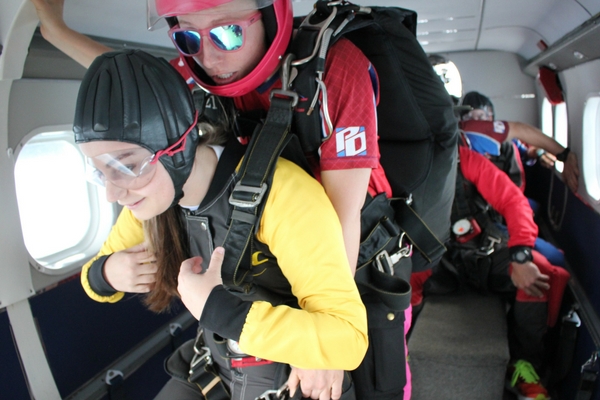 Differences Between Skydiving And Bungee Jumping

Whereas bungee jumping offers a huge thrill for anyone brave enough to take the leap, there’s not much else to learn beyond making the initial jump. Skydiving, on the other hand, is a progressive sport with new skills and skydiving disciplines that can take years to master. For many experienced jumpers, it becomes an art form; a way of life. Unlike bungee jumping, you’ll also be able to skydive with other people, making it a very sociable sport.

If you’re interested in trying a sport that’s all about progression and improvement – plus lifelong friendships – skydiving could be for you! 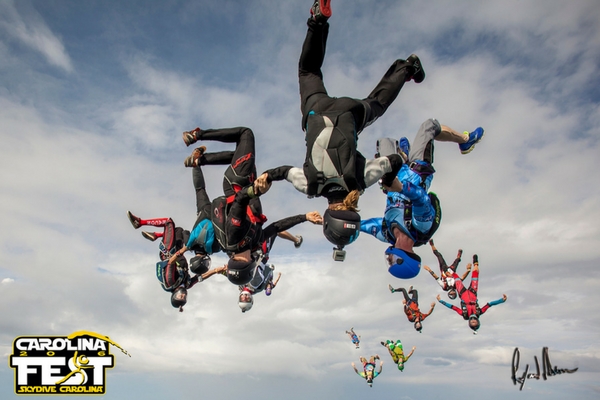 So which is more dangerous; skydiving or bungee jumping?

Before we answer that, it’s important to point out that in both sports, there are lots of precautions taken to avoid risks wherever possible. In both cases, there’s always going to be an element of risk, but developments in technology and processes mean that these risks are managed – which you’ll learn about in your brief ahead of your bungee or sky jump.

The United States Parachute Association (USPA) gathers data on all skydives in the US and their stats show that you’re more likely to die being stung by a bee than you are in a tandem skydive – with the odds of a fatality in skydiving being 1 in 500,000 jumps in the past decade. 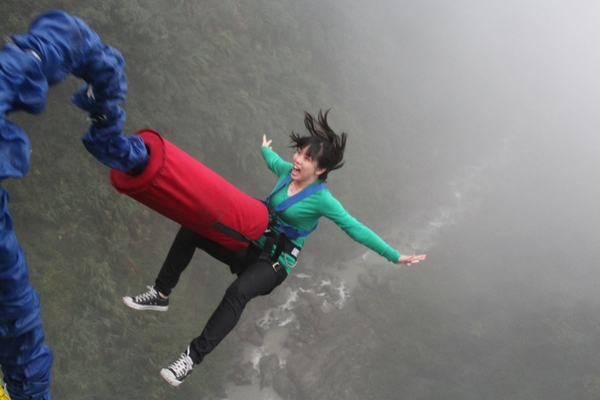 Bungee jumping is very similar, with very few bungee jumping deaths per year; in fact, the National Center for Health Statistics shows the same fatality rate among bungee jumpers as skydivers, at 1 in 500,000.

In both sports, the chances of an accident are mitigated by the experience of those managing your jump and improvements in the equipment used. That’s why we always recommend visiting a USPA member skydiving center, which means it’s governed by the United States Parachute Association and has guidance from the USPA to manage risk.

Think you want to to give skydiving a try? Book your skydive today, or contact us if you have any other questions.